HomeGet InvolvedEventsLeaderLuncheon
A- A A+

LeaderLuncheon is YWCA Utah’s signature event, garnering over +1,000 attendees from companies, nonprofits, philanthropic organizations, and individuals in our community. Each year we honor five women in our community who have had immense impacts and success in their respective fields through the Outstanding Achievement Awards.

This year’s LeaderLuncheon keynote will be Angela Davis, a political activist, academic, and author with a deep commitment to social justice. All proceeds from LeaderLuncheon support our life-saving and life-changing services for Utah women and their families including comprehensive family violence services, women’s leadership development, race equity work and initiatives, and public policy advocacy. 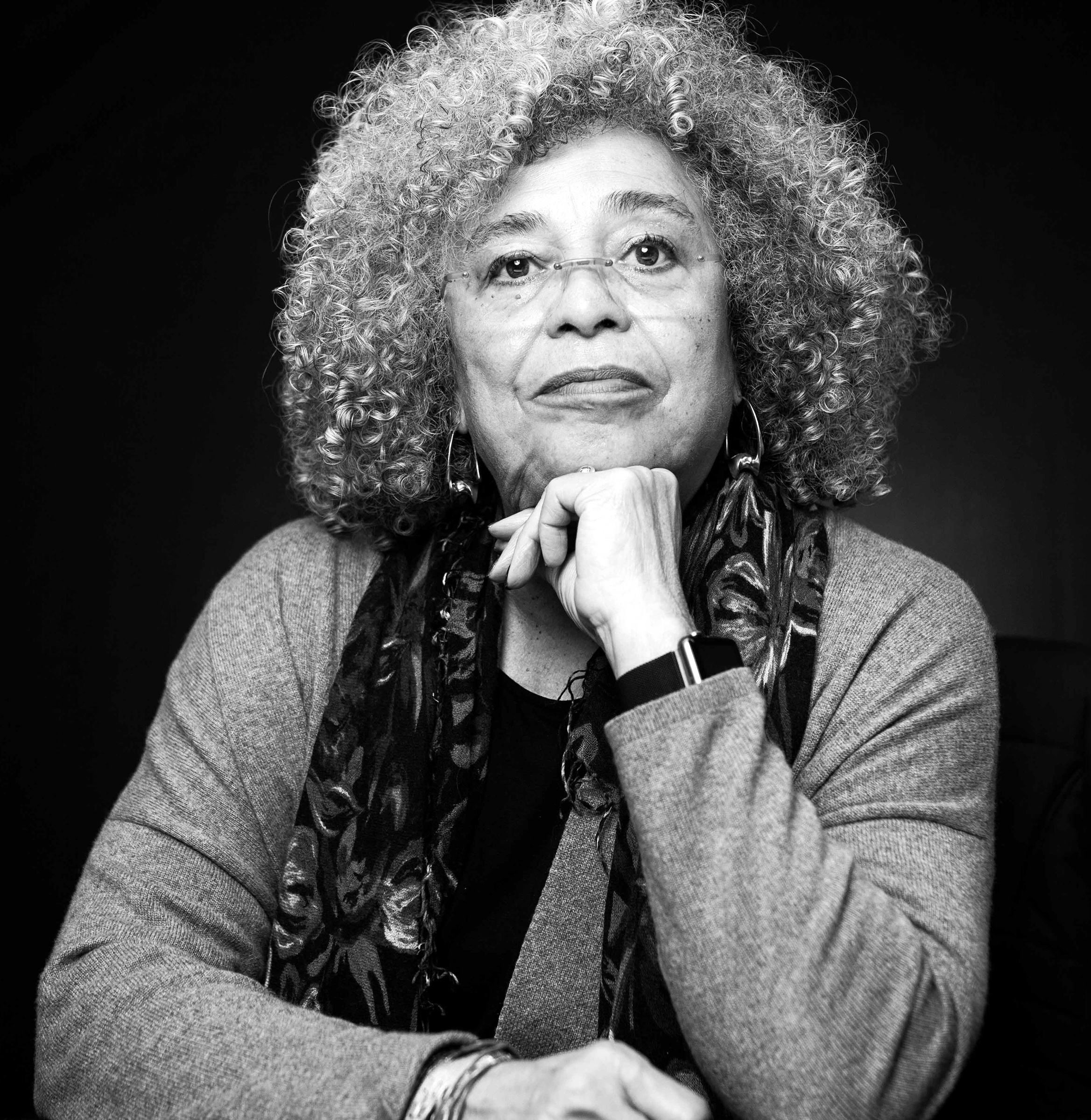 Sponsored by the George S. and Dolores Doré Eccles Foundation

Through her activism and scholarship over the last decades, Angela Davis has been deeply involved in our nation’s quest for social justice. Her work as an educator – both at the university level and in the larger public sphere – has always emphasized the importance of building communities of struggle for economic, racial, and gender justice.

Professor Davis’ teaching career has taken her to San Francisco State University, Mills College, and UC Berkeley. She also has taught at UCLA, Vassar, the Claremont Colleges, and Stanford University. She spent the last fifteen years at the University of California, Santa Cruz where she is now Distinguished Professor Emerita of History of Consciousness, an interdisciplinary Ph.D program, and of Feminist Studies.

Angela Davis is the author of nine books and has lectured throughout the United States as well as in Europe, Africa, Asia, Australia, and South America. In recent years a persistent theme of her work has been the range of social problems associated with incarceration and the generalized criminalization of those communities that are most affected by poverty and racial discrimination. She draws upon her own experiences in the early seventies as a person who spent eighteen months in jail and on trial, after being placed on the FBI’s “Ten Most Wanted List.” Davis has also conducted extensive research on numerous issues related to race, gender and imprisonment. Her most recent book is Freedom is a Constant Struggle: Ferguson, Palestine, and the Foundations of a Movement.

Davis is a founding member Critical Resistance, a national organization dedicated to the dismantling of the prison industrial complex.  Internationally, she is affiliated with Sisters Inside, an abolitionist organization based in Queensland, Australia that works in solidarity with women in prison.

Like many other educators, Professor Davis is especially concerned with the general tendency to devote more resources and attention to the prison system than to educational institutions. Having helped to popularize the notion of a “prison industrial complex,” she now urges her audiences to think seriously about the future possibility of a world without prisons and to help forge a 21st-century abolitionist movement.

Made possible thanks to our keynote sponsor: 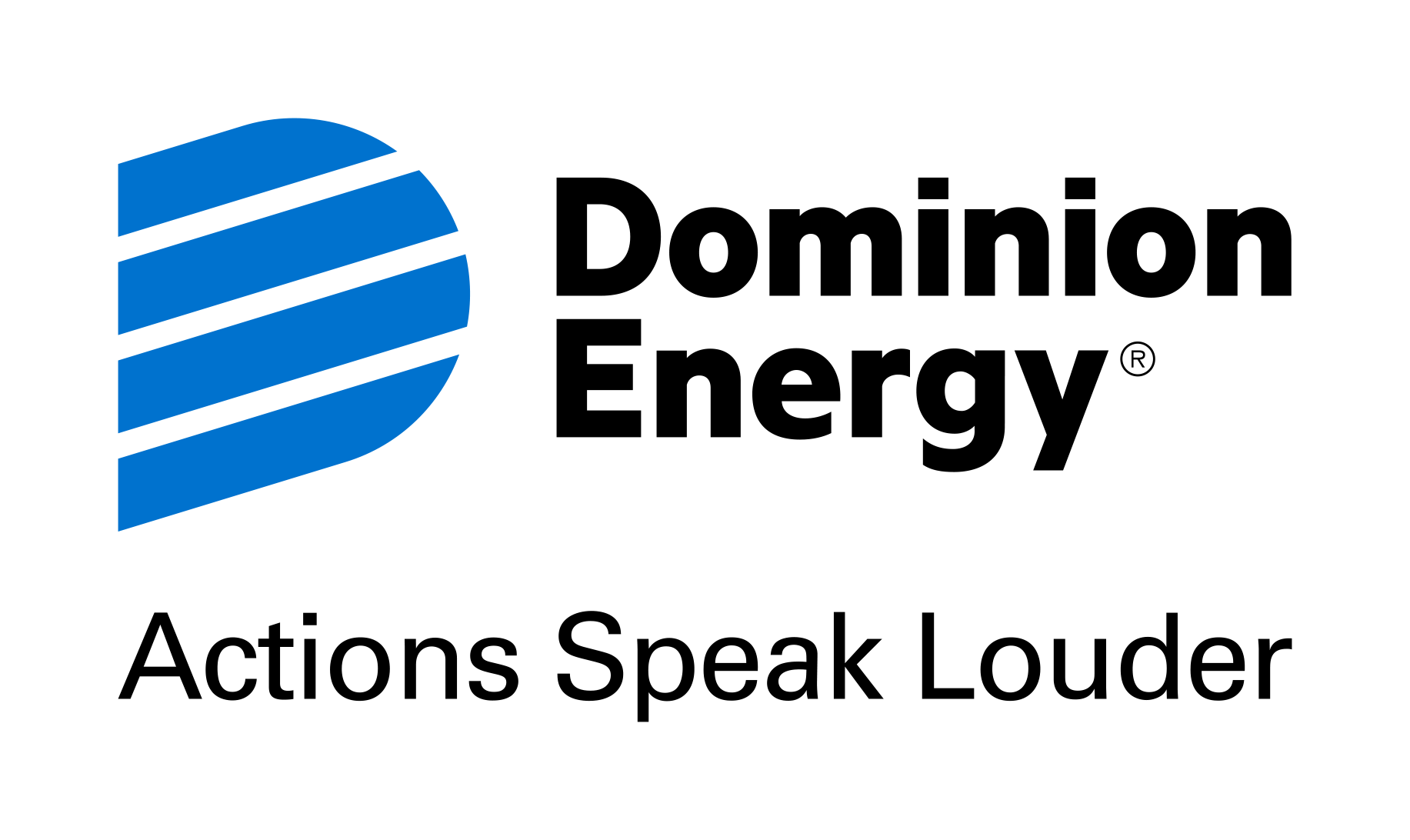 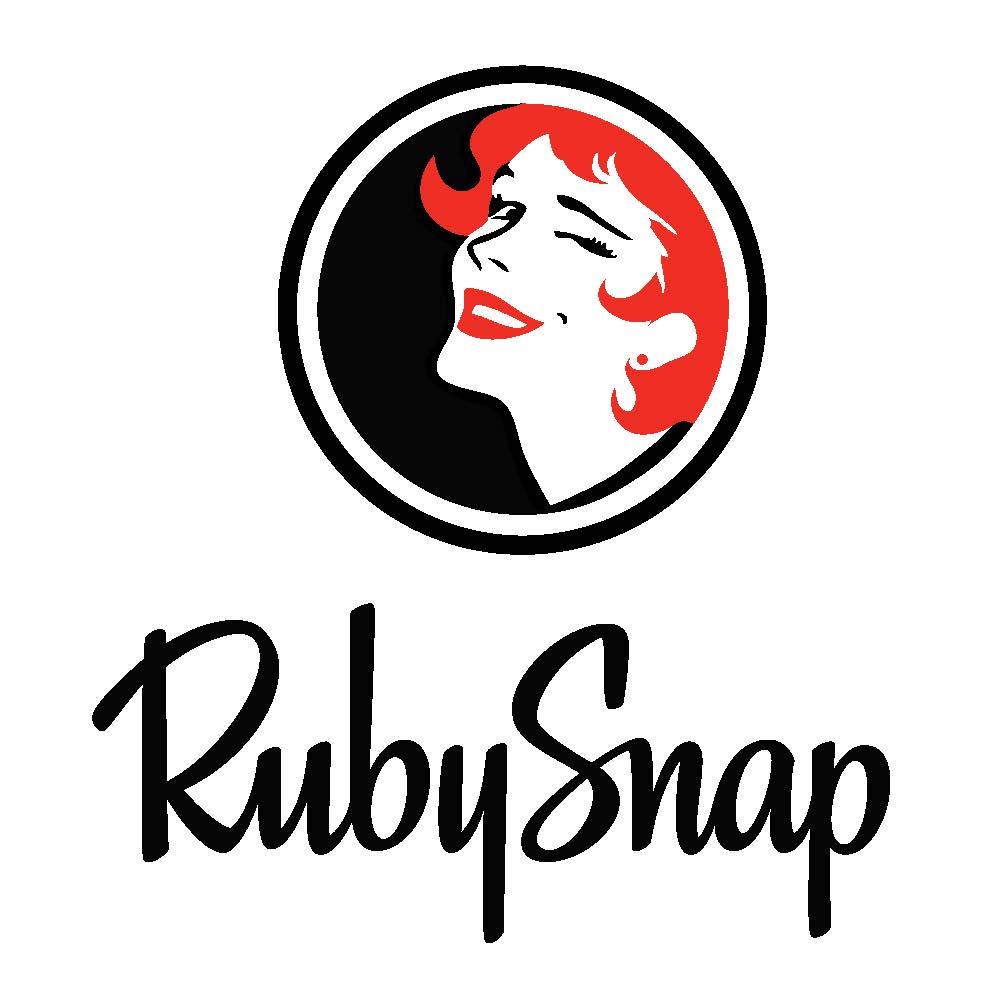 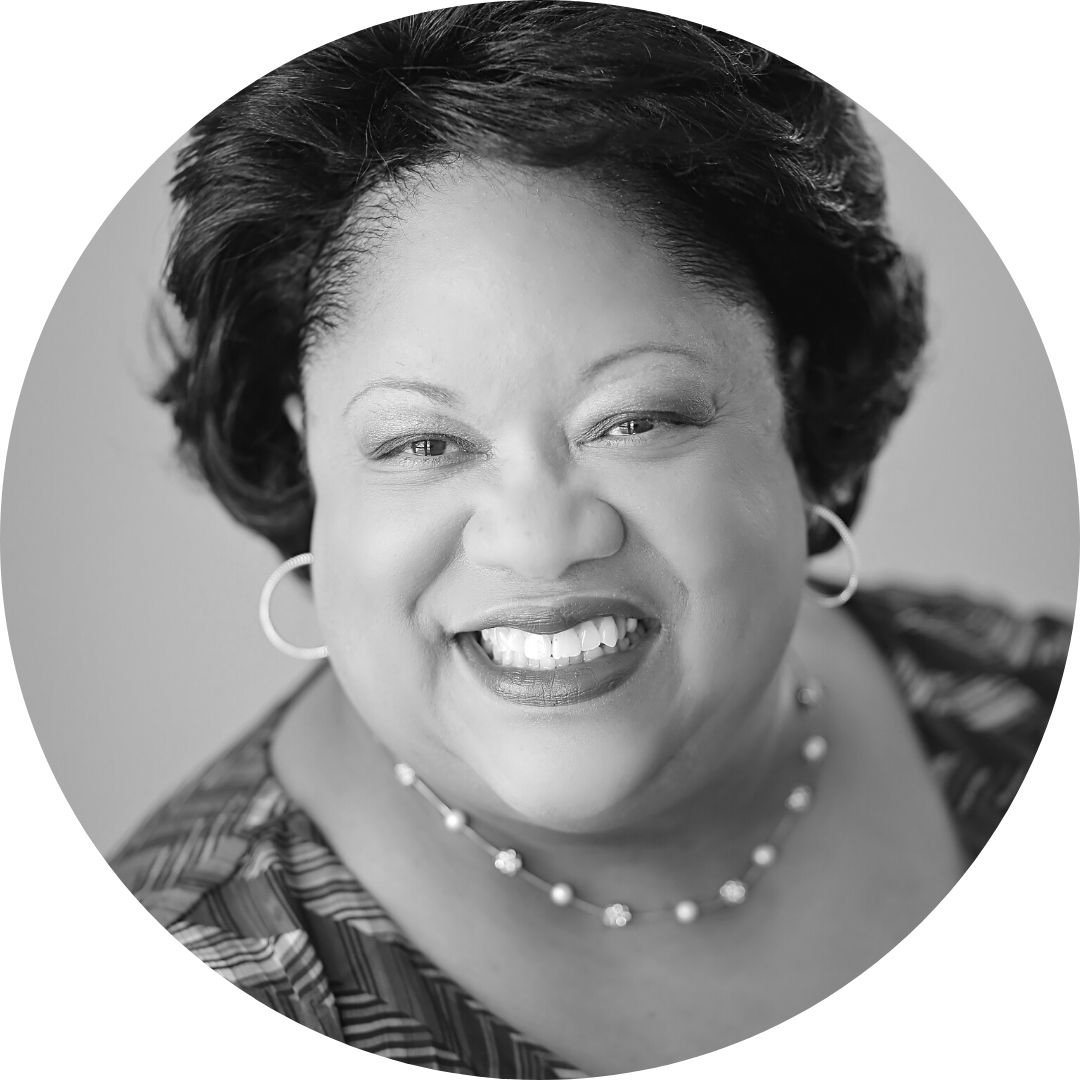 Marian is an enthusiastic supporter of education, culture, and the arts. She was a member of the Madeline Arts & Humanities Festival from 1999 to 2015. She chaired the BYU/CVC, Channel Eleven & Classical 89 committee several seasons. She chaired the SLCC MLK committee 2000 to 2017. Memorable events: MLK 2011, awarding the Mormon Tabernacle Choir with the SLCC Humanitarian Award; featured vocalist Lyric Baritone Robert Sims. MLK 2017, Women in the Freedom Movement: Angela Davis, Margaret Burnham, Kathleen Cleaver and Michelle Goodwin.  Marian sees room for diversity to grow and flourish in Utah. “I have focused my creative energies on nurturing existing programs while creating new productions that have enhanced understanding and appreciation of African-American art and culture. Marian worked with Black Storytellers of Utah, local Black educators, and Amy MacDonald to create the short documentary film: The Beloved Community Project. The film is a partnership between Brolly Arts & SLCC. Go to: www.brollyarts.org to view the film and read about the project.

Candyce Fly Lee is vice president-general manager of Rockies Gathering & Processing with Williams’ West Operating Area. In this role, she has direct responsibility for all commercial activities and the safe, reliable operations of the area’s assets in Colorado’s Piceance Basin and Wyoming’s Greater Green River Basin.

Previously, Candyce served Williams as director of Northeast Engineering Services Project Development, where she oversaw development teams for operations in Pennsylvania, West Virginia, Ohio and New York. She also served as director of Pipeline Projects in the Northeast, responsible for the execution of natural gas pipeline projects.

Since joining Williams in 2002, Candyce has served in various roles including project management, engineering, construction, and operations.

Candyce earned a Mechanical Engineering bachelor’s degree from the University of Kentucky.

Candyce currently serves on the Utah Women’s Energy Network board as the Executive Director at Large.  She serves on several community boards including the Parkside Elementary Community Council, the Utah 211 Steering Council, and as Financial Secretary for the Salt Lake City Chapter of Alpha Kappa Alpha Sorority, Inc.  In addition, she served on the United Way of Pittsburgh Women’s Leadership Council Executive Team and was an active leader in Williams’ annual United Way fundraising campaigns. 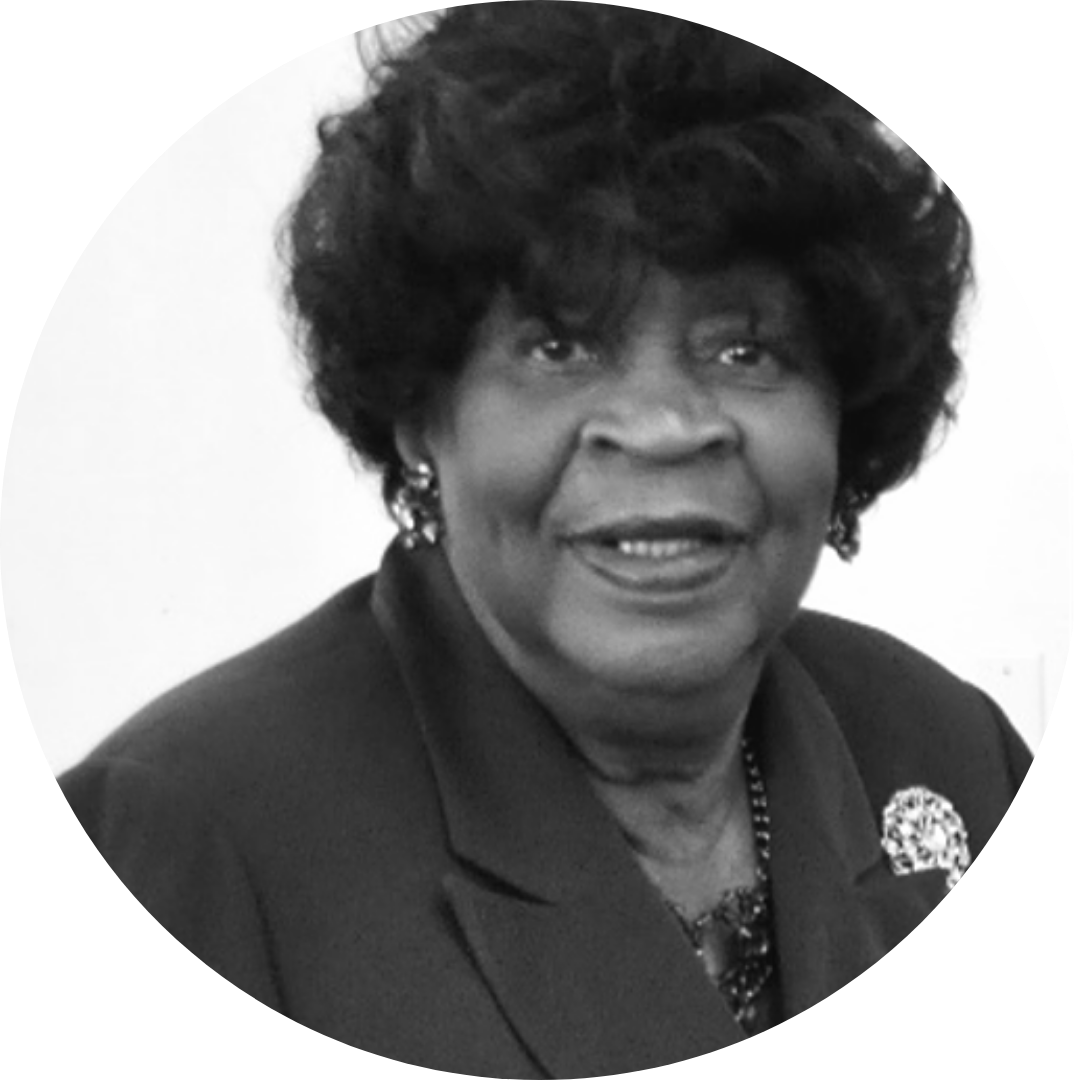 Sarah was born and raised in Hartford, Alabama and lived in Jacksonville, FL.  She attended Stillman College in Tuscaloosa, and graduated with a Bachelor of Science Degree in 1965 from Edward Waters College.  Her teaching career began in Jacksonville, instructing both Biology and Geology to High School Students.  She came to Utah in 1966 starting as an Educator at the Intermountain Intertribal Indian School in Brigham City. After 17 years the school closed in 1984.  She then began her career with the Internal Revenue Service as an Employment Development Specialist and was promoted to several positions with her final advancement to the Equal Employment Opportunity Diversity Manager until her retirement after 29 years.

Twenty-Six years ago, she founded the Northern Utah Coalition, Inc. HIV/AIDS Project in Ogden, Utah and continue to serve as the Project Director.  She has served in the Ogden area for 40 years advocating for the homeless, seniors, women, children, health, and wellness for her community.  Her greatest desire is to continue to mentor and empowering others to do their best in any endeavor they pursue, and in life generally.

In her spare time, she enjoys spending time with her daughter and grandson. She also enjoys fishing. 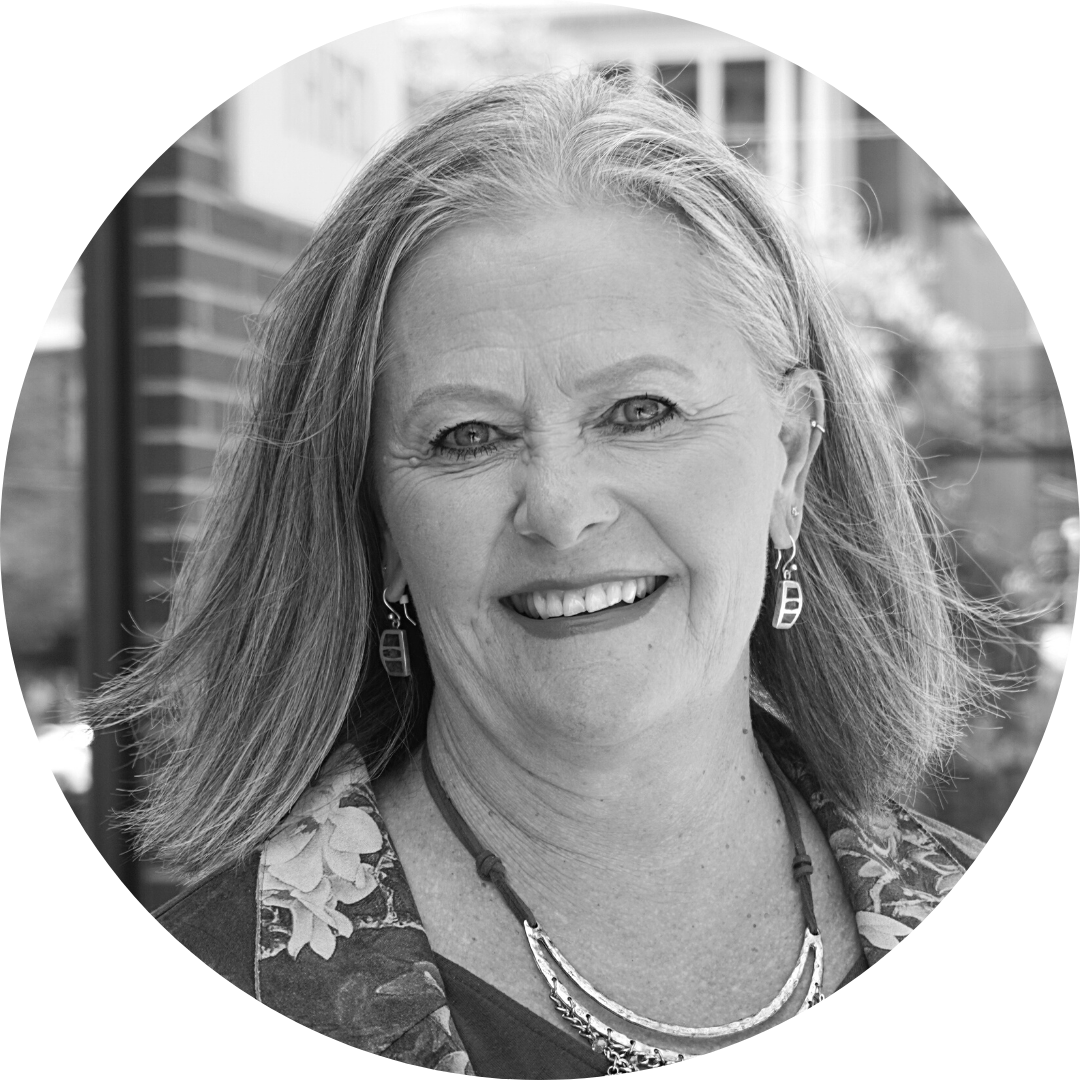 Lynne Nilson MPH, MCHES has been the Director of the Bureau of Maternal Child Health since March 2015, providing a wonderful opportunity to expand her public health experience and make a contribution to improving the health of women, infants and children in Utah.

Lynne’s public health experience has provided her the opportunity to be a leader and decision-maker in public health both at a national and local level. She currently serves as a member of the Maternal Mental Health Policy Committee headed up by YWCA, and the Early Childhood Utah Advisory Council. Lynne is a past President of the Utah Public Health Association, National Chronic Disease Directors Cancer Council, the National Association for Worksite Health Promotion and the Health Education Association of Utah, in addition to many other leadership roles in each of these organizations.

While Lynne’s career and passion for public health has been going strong for over 30 years, her favorite “job” and most important accomplishment is being a mother to her two daughters Hanna, a PICU travel nurse currently living in Austin, TX and Hailey, a Communications/Spanish grad from UVU who along with her boyfriend is the owner of the “Fresh and Clean” cleaning company. 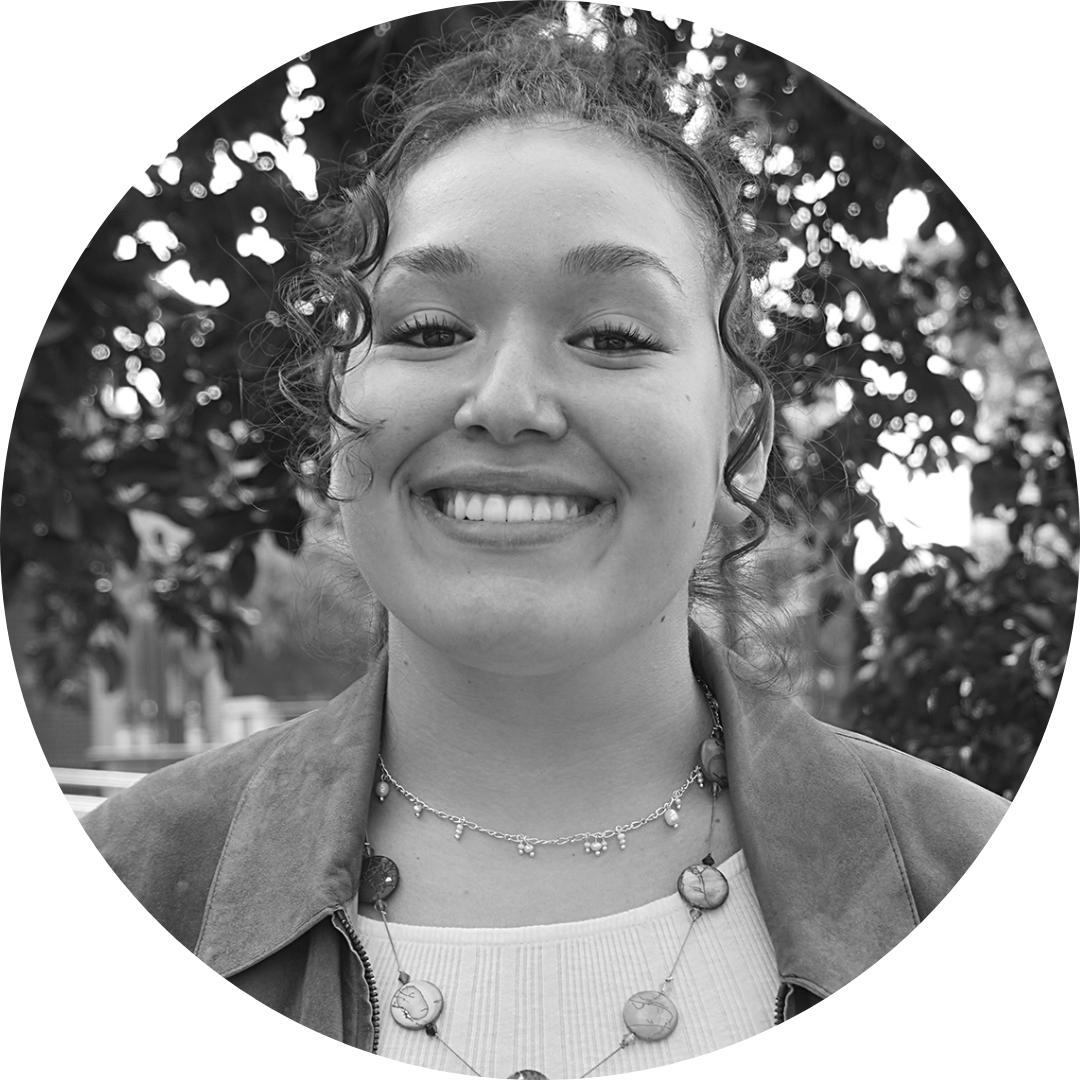 Katie Kern is an 18-year-old activist who has been a youth activist for the past four years. She’s worked with March For Our Lives, a student-led organization that arose from the Marjory Stoneman Douglas shooting in 2018 that works to enforce gun reform throughout the United States. This past year, she was appointed State Director for March For Our Lives Utah (along with her Co-State Director, Tory Peters).?

Along with her team members, she co-hosts public radio shows, conducts rallies, appears in newspapers, and creates spaces so the community can familiarize themselves with gun reform and make the community safer. Additionally, she’s testified for bills at the Utah State Capitol, and worked vigorously during the Utah Legislative Session hoping to pass sensible gun reform and reduce gun violence.?

Katie also advocates for intersectional policy reform and works to ensure March For Our Lives Utah’s leadership is diverse and represents the community. In school, Katie was a Mental Health Educator to increase mental health awareness within her high school, a Navajo Project Member, volunteered with the 4-H Refugee After School Program by teaching refugee students dance, interned for Alliance for a Better Utah, and participated in the Roots and Shoots Environmental Club at her school.

Margarita Nancy Satini was born to Lufusi and Ma’ata Satini in March 1970 in Palo Alto, California.  She served as a pianist for many years beginning at the age 7 for her church community building her confidence in front of crowds.  As a West High School alumnus, her passion ignited in Fairpark, Utah and later met the father to her children, James Sundin attending Snow College.  She pursued her IT career but with the desire to impact, she ran for political office in Cottonwood Heights jumping ship becoming the Founder of the Utah Pacific Islander Civic Engagement Coalition (UPICEC) and worked for the Utah Chapter of the Sierra Club.  Margarita stood in solidarity with Black and Brown bodies and was a fierce advocate for the Movement for Black Lives. As a community powerhouse, trailblazer, and a pillar to the Pacific Islander (PI) Community she passionately educated and provided aid for marginalized communities.  Her dedication organizing against injustice was a force for the underrepresented, and underserviced PI community across Utah.

An advocate she was to vote, to get counted with the 2020 census, to attend city council meetings, to have access to energy efficiency and clean energy, and to be involved.  Empowering her fellow PI Community and ALL communities of color tirelessly, her love for civic engagement and community work carry through her colleagues.  Margarita, a fierce warrior, ensured PI community knew how to receive COVID 19 resources and abruptly passed due to Covid 19 complications.  She gave herself to the community and her legacy carries on.

Each year, we look to the community to help us nominate outstanding women to recognize during our annual LeaderLuncheon fundraising event in the fall.