HomeWhat We DoOpportunityWoke Words
A- A A+

What is Woke Words?

Woke Words is a multi-genre creative writing and reading series for women, femme, and nonbinary writers of color (Black, Indigenous, POC) who are living in Utah. The nine-month-long program is designed to provide access and exposure to writing by women, femme, and nonbinary authors of color; encourage thoughtful discussion around issues of race, gender, and identity; and inspire writers to give voice to their experiences, forge empowering connections, and create new languages for reaching across cultures and communities.

What do you do?

Workshops are conducted monthly from September to May (each workshop is three hours long) and feature guided reading discussions, creative writing exercises, and hands-on, arts-based activities. In addition, individualized mentorship is provided for participants throughout the duration of the program, and opportunities to meet informally as a group are offered each month. Woke Words facilitators include renowned authors, activists, and instructors from around the world.

How can I join?

Participation in the series is open to BIPOC who identify as women, femme, and nonbinary and are at least 15 years of age. To promote trust and group cohesion, the group will be limited to ten participants per nine-month session. Admission will be application-based and selections will be determined by a committee comprising previous Woke Words participants, facilitators, and coordinators. If selected, the participant must commit to attending at least six out of nine workshops. All books and art supplies are provided to participants free of charge, and curbside delivery is currently available for individuals living in the Salt Lake County area. To maintain current social distancing recommendations, groups will be conducted on Zoom until further notice. When it is safe again to meet in person, groups will resume onsite at YWCA Utah. 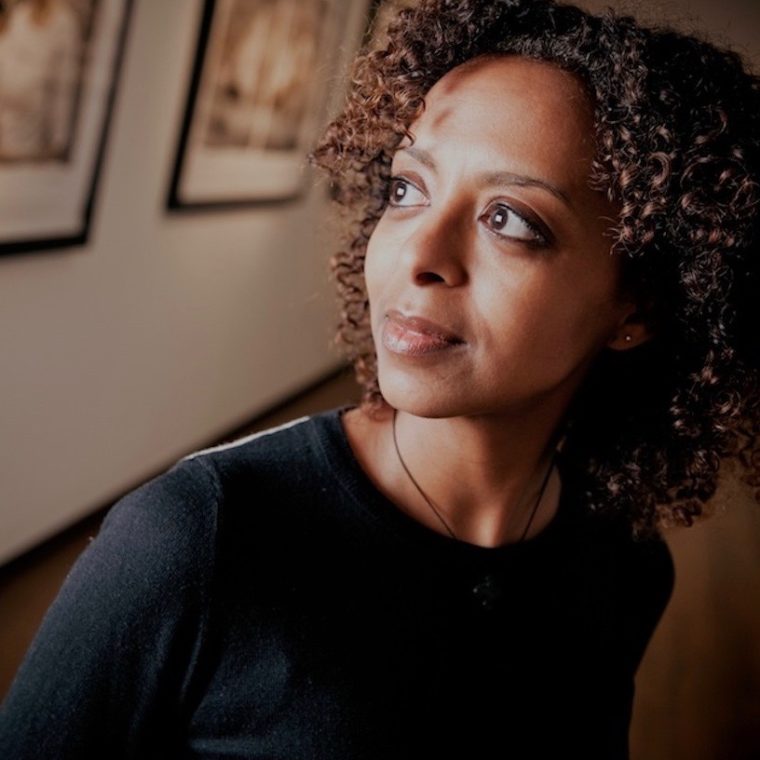 Maaza Mengiste is a novelist and essayist whose work examines the individual lives at stake during migration, war, and exile, and considers the intersections of photography and violence. Beneath the Lion’s Gaze, her critically acclaimed debut novel, was selected by The Guardian as one of the 10 best contemporary African books and was named one of the best books of 2010 by The Christian Science Monitor, The Boston Globe, and other publications.

Her second novel, The Shadow King, called a “lyrical, remarkable new novel” by The New York Times, takes readers to 1935 Ethiopia during Mussolini’s invasion, in what many consider the first real conflict of World War II. It revolves around an army of ordinary women, since left out of the historical record, who join the front lines to fight against the fascists. Through complicated characters who face no easy answers, The Shadow King explores what it means to be a woman at war. In their starred review, Publisher’s Weekly praised Mengiste for “break[ing] new ground in this evocative, mesmerizing account of the role of women during wartime—not just as caregivers, but as bold warriors defending their country.” The Shadow King, called “one of the most beautiful novels of the year” by NPR, was a finalist for The Los Angeles Times Book Prize for Fiction. A film adaptation is in the works to be directed by Kasi Lemmons (Eve’s Bayou, Harriet). http://maazamengiste.com/ 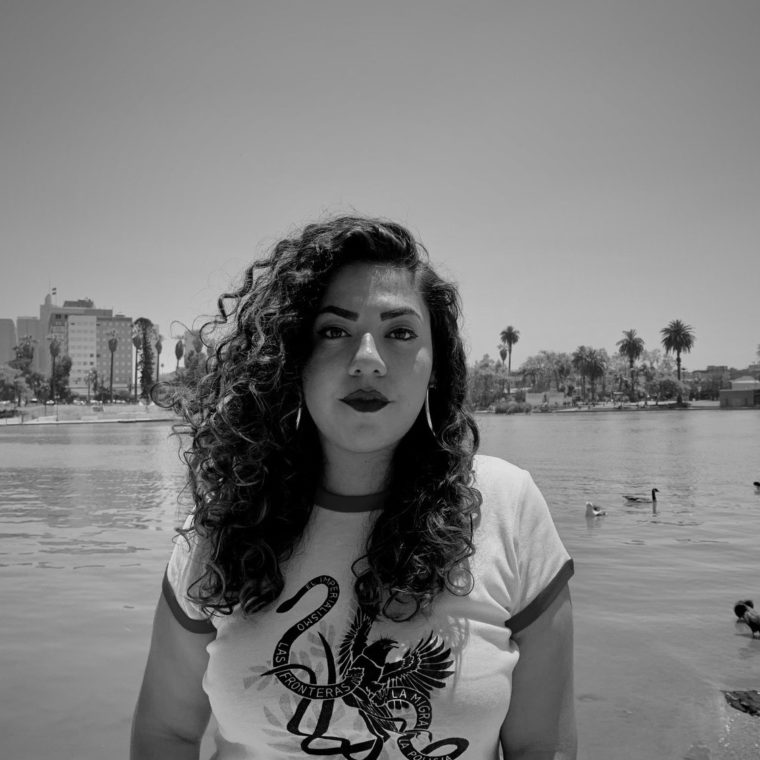 Born in Los Angeles to Salvadoran immigrants, Janel Pineda is a poet, activist, and literary scholar whose family fled the U.S.-sponsored Salvadoran Civil War. A first-generation college graduate, Janel earned a B.A. in English from Dickinson College. She is an editor and translator for La Piscucha Magazine, a multilingual arts, literature, and culture magazine created by Salvadoran writers. Janel is a member of the Macondo Writers Workshop and has performed her poetry internationally in both English and Spanish. Janel’s poems have been published in LitHub, The BreakBeat Poets, Vol. 4: LatiNext, wildness, and The Wandering Song: Central American Writing in the United States, among others. Janel is currently pursuing an M.A. in Creative Writing and Education at Goldsmiths, University of London as a Marshall Scholar. Her first poetry chapbook is forthcoming from Haymarket Books. https://janelpineda.com/ 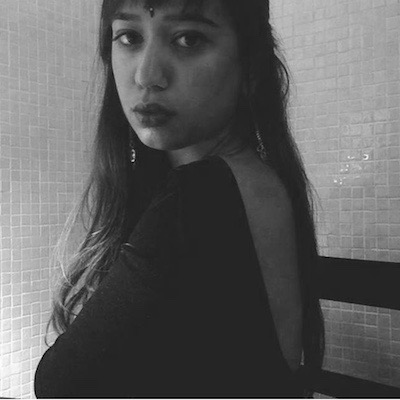 Born to Pakistani-American immigrant artists, Jai Hamid Bashir (she/her) is a poet, educator, and multimedia artist. A graduate of Columbia University with an M.F.A in Creative Writing, her work focuses on linguistics, histories of intimacy, climate crisis, intersections between myth and femininity, and the more-than-human world. Her poetry can be found in publications such as The American Poetry Review, Asian American Writer’s Workshop, The Academy of American Poets and others. Jai also is a graduate of the Environmental Humanities graduate program at the University of Utah. She is also passionate about food and all forms of community/art-making. https://www.jaihamidbashir.com/ 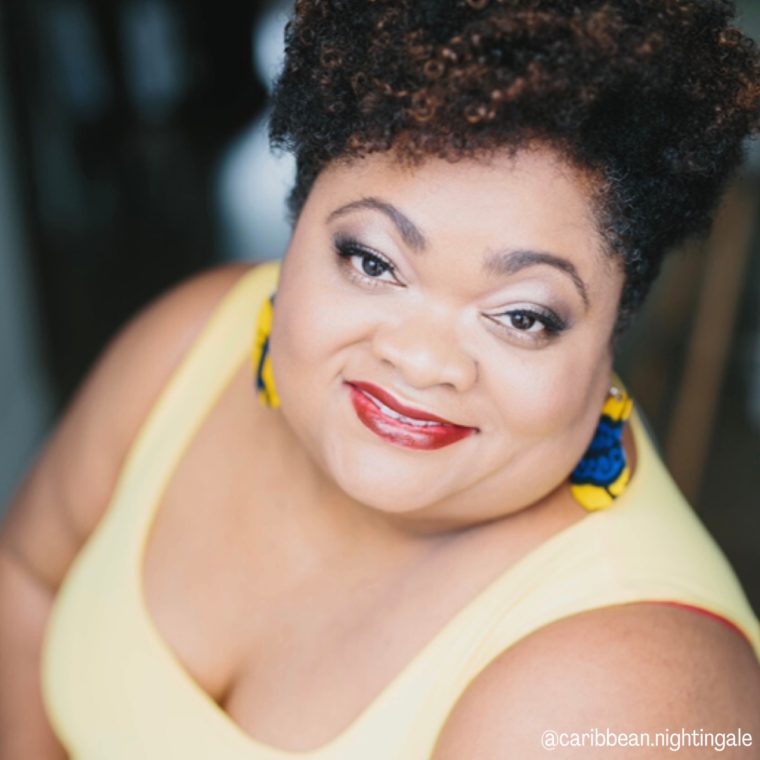 Michaëlle Martial aka The Caribbean Nightingale is a Haitian-born published Poet and Spoken Word Artist. Her writing focuses on Women Empowerment and Self-Love. The Caribbean Nightingale is the Creator of Relaxation Through Verse Poetry Salon, the first of its kind in Utah, in collaboration with other Women, Emerging Artists of Color, and LGBTQ+ Artists. As an indie author, Michaëlle invites various Independent Bookstores to host a unique Meet & Greet, “Cupcakes4Breakfast.” The Caribbean Nightingale has been interviewed by Good4Utah on ABC, PBS Utah / KUED VERVE, as well as Women’s Voice, a national TV show in Ghana. She has performed at several community artistic events, such as the Utah Arts Festival, RAW Salt Lake City, What About Now Poetry. In addition, the poet has held book signings in New York City, Salt Lake City, and Accra, Ghana. In recent years, Michaëlle has been invited to present her poetry for various leaders and activist groups. She was the guest poet for the presidential campaign of Senator Bernie Sanders in a Utah event in February of 2020, as well as at a fundraiser for Utah State Representative Sandra Hollins in October 2018. In the wake of George Floyd’s murder, the poet was invited to participate in a Black Lives Matter Utah protest where she read one of her latest poems, “When a Black Man Sleeps.” https://www.caribbean-nightingale.com/ 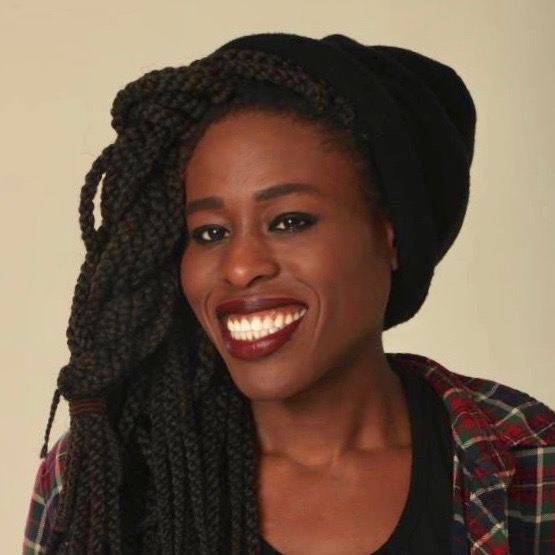 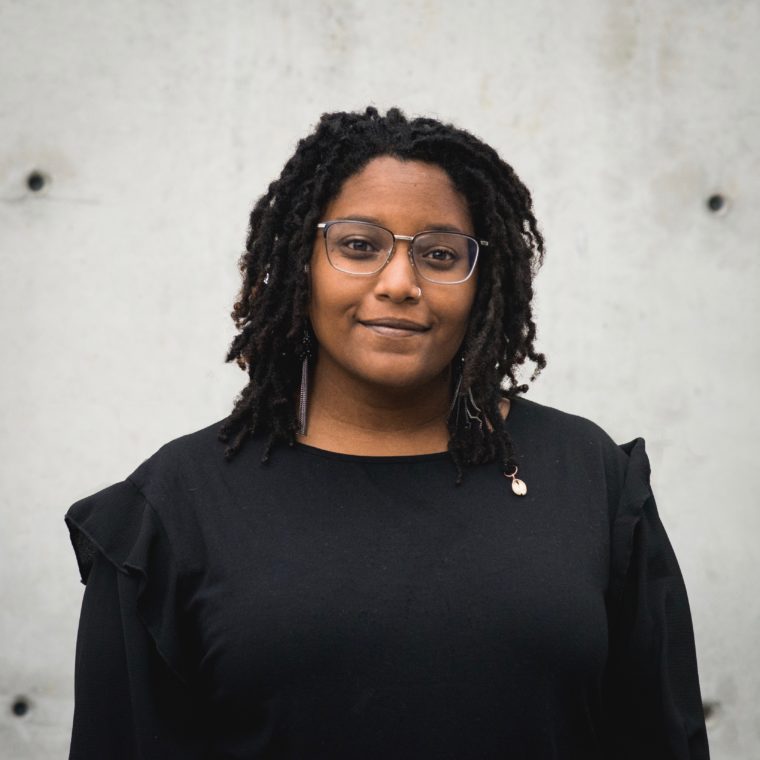 Charnell Peters is a doctoral student at the University of Utah, where she studies race and communication. She is the author of the poetry chapbook, Un-becoming (Thirty West Publishing House), and her previous work has appeared in Foundry, Hippocampus, and elsewhere. https://charnellpeters.com/ 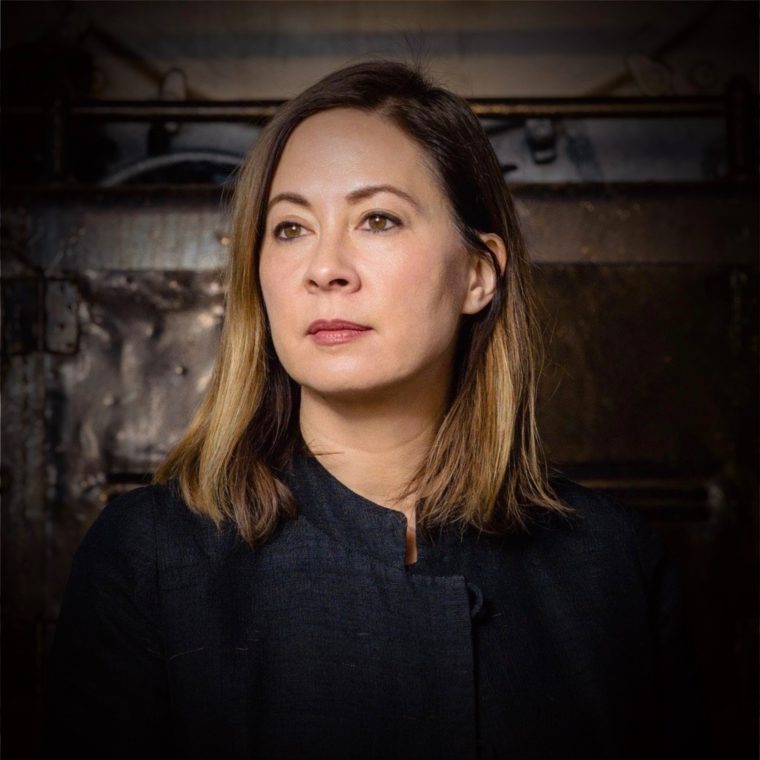 Paisley Rekdal is the author of a book of essays, The Night My Mother Met Bruce Lee; a hybrid-genre photo-text entitled Intimate; and five books of poetry: A Crash of Rhinos; Six Girls Without Pant; The Invention of the Kaleidoscope; Animal Eye, which was a finalist for the 2013 Kingsley Tufts Prize, the Balcones Prize and winner of the UNT Rilke Prize; and Imaginary Vessels, which was a finalist for the 2018 Kingsley Tufts Prize. Her latest nonfiction work, The Broken Country, won the 2016 AWP Nonfiction Prize. Her newest collection of poetry is Nightingale, which rewrites many of the myths central to Ovid’s Metamorphoses. Her work has received fellowships from the Guggenheim Foundation, the National Endowment for the Arts, the Fulbright Foundation, the Amy Lowell Poetry Traveling Scholarship Trust and various state arts councils. Her poetry has been included in multiple editions of The Best American Poetry series, and she was guest editor for Best American Poetry 2020. She currently teaches at the University of Utah and is Utah’s poet laureate. https://www.paisleyrekdal.com/ 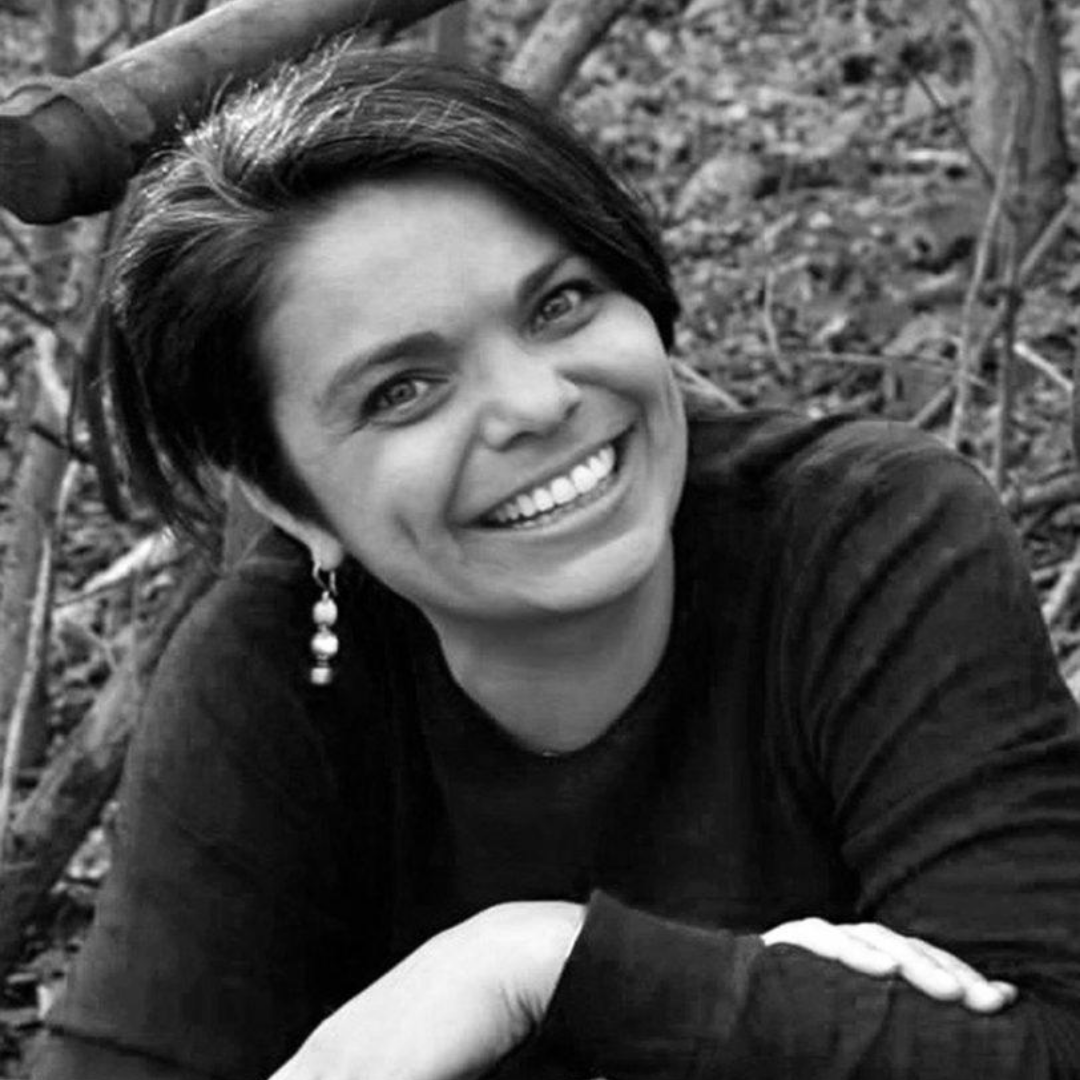 Kelli Jo Ford is the author of Crooked Hallelujah (Grove Press, July 2020). She is the recipient of awards and fellowships, such as The Paris Review’s Plimpton Prize, the Everett Southwest Literary Award, a National Artist Fellowship by the Native Arts & Cultures Foundation, and a Dobie Paisano Fellowship. Her fiction has appeared in The Paris Review, Virginia Quarterly Review, and The Missouri Review, among other places. She lives in Richmond, Virginia, with her husband and daughter. She is a citizen of the Cherokee Nation. https://kellijoford.com/ 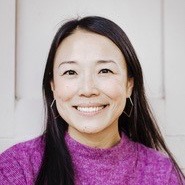 Nina Feng is a PhD candidate in Writing and Rhetoric Studies at the University of Utah. She studies anti-racist language practices and pedagogy, along with game theory and storytelling. With an M.F.A. in Creative Nonfiction, Nina loves to explore intersections of multimodal expression, personal narrative, and social justice. She is currently teaching writing courses that utilize an interactive game narrative to disrupt standard language expectations—her classes often get interrupted by robots, friendly characters, food, and secret missions. Nina enjoys spending time with her family, and dance parties, when she’s not writing and reading.

Ways to Get Involved

We’ll keep you up to date on any developments in the Woke Words Program, and let you know when applications open!

Woke Words is made possible through generous partnerships with Utah Humanities and the Lockwood Family Foundation.

We rely on contributions to support our work, allowing us to hold critical spaces for women, girls, and non-binary BIPOC to learn, heal, and grow.